Before we started Christian Cleaning Company, I was in upper level management with BMG, Disney, Universal, Sony and Warner Bros., as well as being a recording engineer and producer for all of them and independently. Often in charge of large international and national artist’s concert tours.

After getting burned out, I decided to go into business for myself. Mainly in audio, lighting, security and video, which sometimes I was juggling two, three or four different ones at the same time.

My wife, Lynda, got her start with Sperry Univac, a government contractor and worked with them for many years until they had layoffs. After that she became an Office manager for a national mobile x-ray firm. She was in charge of benefits, employee accrual, human resources/personnel and payroll for around 100 employees.

When we got married in 1995, we decided to supplement our income by starting up a residential cleaning business (as if we didn’t have enough to do). This business grew every year to the point that we decided to get out of the corporate world and just work for ourselves. 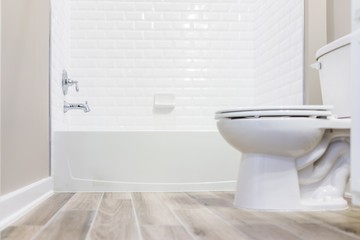 A few years after the kids moved out we made a decision to relocate to New Orleans for the food and the music. We both took management positions in high volume hospitality industry establishments. That cemented our way into getting back to our passion of helping people. But, as opposed to Florida, where we moved from, we decided there was more of a need for a commercial cleaning business. This was doing quite well until hurricane Katrina came in and wiped out our home and with that our business. By the grace of God we were brought to Tyler,TX. Immediately, we started a residential cleaning business, as this is all we had to rely on. Through several friends we made shortly after our arrival, the business started to flourish. There wasn’t much professional competition in late 2005.

Now, 17 years later, and having won the Angie’s List Super Service Award for 11 years consecutively, we have reached our calling!

WE ARE THE CLEANERS WITH A HEART!

Thank you Tyler TX, Smith County and East Texas for your kind support!

Get Started Today With A FREE Estimate